Showing posts from October, 2006
Show all

THE IMAGINARY PLANS FOR A NORTH AMERICAN UNION: 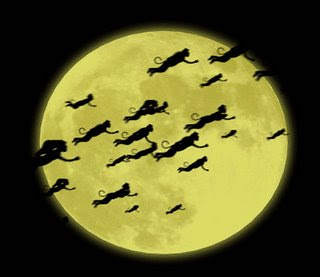 ANOTHER CONSPIRACY THEORY FOR THE GUILIBLE AND THE DISAFFECTED When I first heard someone refer to plans for a new “North American Union” I was enormously surprised and then convinced that someone was not playing with a full deck. No politician in any of the North America countries had stepped up to suggest this idea and the notion that it was being done as a secret conspiracy was totally preposterous. Now, after investigating every assertion by the extremist web-sites that have fuelled this conspiracy theory, I am convinced that my initial reaction was too charitable to them. This is by leaps and bounds the dumbest conspiracy theory on the Internet. The fact that some folks would deliberately mislead the gullible is probably no surprise. But somehow I remain surprised that anyone could take the bait on this silly and groundless bit of paranoia. Several sources, mostly on the Internet, have concluded that there is a secret plan in the Bush Administration to merge the United State
Post a Comment
Read more
More posts