Showing posts from February, 2015
Show all

What the UK RES auctions Prove and Do Not Prove 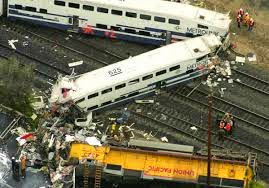 The UK Government has started a propaganda effort boasting of the results of its renewable energy auctions. There are some lessons proven here and some issues still not obvious to the casual observer. 1. The UK cut off the auction mechanism at 5 MW. Auctions do not work well for small projects and this has been proven time after time. Poland is attempting auctions for less than 1 MW and the results will surely not be stellar. 2. The UK conducted so-called "banding" where there are separate auctions for each technology. This is a procedure that follows the advice of most experts, including ECOFYS in their detailed report to the European Commission last year. The DG Competition in Brussels authorizes this, but still irrationally prefers technology neutral auctions (which they try to exempt for state aid review in the GBER regulation). Poland will try to conduct generally technology neutral auctions, broken down only by under and over 1 MW with a basket for projects producin
Post a Comment
Read more 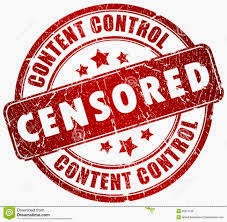 Apparently I am being censored now by GramwZielone. Some of my comments are being considered spam. I think that this is because I am one of the only people in Poland who is accurately describing what is going on and why the RES rules are structured to favor the state-owned utilities. Many Poles, especially in the environmental movement and in the renewable energy sector, have approached me to thank me for the commentary. They almost always say that they are glad someone is saying this, because they feel that they cannot do so. The legacy of communism or a practical view of freedom of speech in Poland? I strongly feel that the green energy sector is under an additional measure of self censorship - every trade association in renewable energy includes the big utilities that also have green energy projects. They effectively mute the responses of the sector where the interest of the traditional utilities clashes with the emerging technologies . This is true in Brussels as well as Wa
Post a Comment
Read more

Speculation on the Political Consequences of Polish Green Energy Controversies 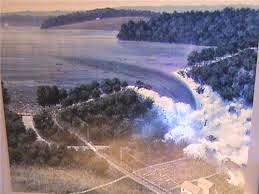 Historically, no one in Poland much cared for the environment. It was simply very low on the list of concerns and basically off the radar. Changes in this attitude are now, however, really profound. February 2015 polling by CBOS showed 77% public support for expanding renewable energy in Poland (higher than any other energy source). These changes manifested themselves in the debate on the renewable energy bill, where every political party jumped on the green energy issues (the prosumer amendment), except Civic Platform (PO), known also as the political office of PGE. Civic Platform has gotten itself painted into a corner that essentially assumes whatever it good for PGE is good for Poland. While taking care to avoid seriously disrupting a major part of the nation's electricity production and distribution is a reasonable plan, measuring every change in the energy landscape solely be its effects on PGE profits and dividends is, of course, over the top. PGE and other state-owned uti
Post a Comment
Read more

Energy Storage: The Future is Inevitable

February 13, 2015
Here is an excellent summary of the state of energy storage in the world. Energy Storage Market Outlook 2015 Slow and steady growth predicted for this renewable energy enabling technology. Paul Hockenos, International Correspondent  February 11, 2015   In Poland, at least the new law will allow energy coming out of storage to retain its  renewable   characteristic  and still receive support. Article 2(13) Law of January 16, 2015. Once the PV support system is sorted out in the new Polish rules, I expect that energy storage for PV will be cost-effective. The market perceptions are, however, lagging behind where I think technology already is.
Post a Comment
Read more

How We Got Here is Not as Important as Where We Are: RES in Poland 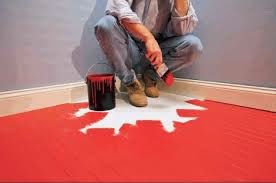 We finally, it appears at least, have a new law on renewable energy in Poland. The process has been ugly, ignorant and often deceitful. Like all efforts at government control of economic activity, it will be full of unintended consequences. The day of reckoning in Brussels has been postponed until now, but not canceled.  The two biggest issues facing the country in RES are first the transition from one support system to another (understanding that many facilities will continue to have Green Certificates, that the quota system remains in place,  and that auctions in 2016 or 2017 may do relatively little to affect the mix of RES in 2020). This issue also has the enormous problem of revolving around unnotified unlawful state aid in the form of the certificates. This year, Poland will likely get the final notice from the Commission that this has to stop, meaning that another piece of legislation trying to retroactively adjust the current system to EU law will be required. This was not
Post a Comment
Read more

February 03, 2015
The news is that Chevron in pulling out, following the other major international firms. Now a realistic analysis in the European trade press: Shale gas a distant prospect? By Nicholas Newman In 2013 the US Energy Administration estimated that Europe contained 470 trillion cubic feet (Tcf) of potentially recoverable shale gas, equivalent to 80% of US reserves. Given the size of Europe’s potential shale gas reserves and the EU’s declared intent to constrain climate change, while still protecting energy security, it is surprising that exploration for shale gas has been so little and so slow. Poland, the UK, France, Ukraine, Romania and Germany are all countries, which are estimated to have significant shale gas resources, but, with only 55 rigs in operation, knowledge of Europe’s geological share heritage is sparse, though early indications are that the shale plays are deeper at around 5000-6000 metres compared to 3000-4000 metres in the US. "There is no escape from the
Post a Comment
Read more
More posts