Showing posts from July, 2014
Show all

What Will Happen to Polish Renewable Energy on the Current Course? 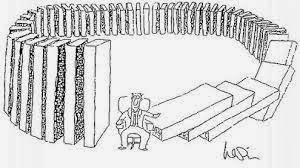 Perhaps the best way to view the consequences of  the Polish Government and European Commission actions is to refer to the doctrine of unintended consequences. " T h e law of unintended consequences, often cited but rarely defined, is that actions of people—and especially of government—always have effects that are unanticipated or unintended. Economists and other social scientists have heeded its power for centuries; for just as long, politicians and popular opinion have largely ignored it." Norton, Library of Economics and Liberty.   I believe that the Polish Government has been deeply divided on the promotion of renewable energy development.  Many of the "hands on" bureaucrats have tried to find a way through the problems (including the former head of UOKiK). The Prime Minister's office took over the legislative process in the summer of 2013 as the earlier draft that was prepared to meet UOKiK and the Commission's concerns  was being finalized with cor
Post a Comment
Read more 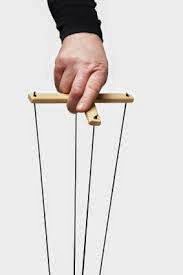 The Polish Government has made some very misleading statements to the Parliament in the last few months. Pretty much everything that they have stated publicly about state aid for RES and CHP has been 180 degrees from the truth. Let me first summarize the issue in lay terms.  The European Union  is based on the idea of a single economic market. Aid to enterprises by national governments is restricted by the treaty, since it can adversely affect competition. So all state aid has to be approved in advance by the European Commission to assure that it is fair to competition and  does not distort the market. Poland never notified Brussels on its renewable energy program. So it is all unlawful until approved. Similar programs for the UK and Romania were ruled to be state aid and the Commission required that different technologies had to receive levelized support, so that competition was not distorted. Poland did two prohibited things: first, old hydro plants that were built long ago got a
Post a Comment
Read more 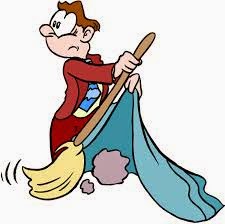 On May 30, 2014, the Ministry of Economy was reported to have decided not to notify the European Commission on the new law on renewable energy.  The Ministry released a group of documents from the Competition Bureau which allegedly supported their conclusion that notification of the bill as state aid was not required. See  Original article. I jumped on the documents and downloaded them (a bulky pdf image file of 30 pages). Part of the bundle was a June 5, 2012 letter from the former head of UOKiK to the Ministry of Economy. That letter actually concluded that green certificates were state aid, that they had to be notified, and that they had to be levelized to reflect the actual costs of production across technologies. Following that letter, the Ministry proposed the October 2012 version of the RES laws which implemented those recommendations, including phasing out aid for co-firing and old hydro plants. We all know that the next thing that happened was the Finance Minister intervened a
Post a Comment
Read more

The Consequences of Proceeding to Auctions Without Notification 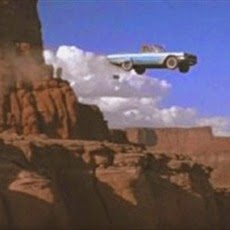 The Polish Government in its famous double down is still talking about going ahead with a new support system without notification to the European Commission as required by the European Treaty for new state aid measures. This decision, if it sticks, will mark one of the most suicidal moves since Thelma and Louise  drove their car over the cliff. The rationale for this decision is that the system is either not "state aid" (despite multiple Commission decisions that say the opposite) or that it is exempt under new rules  (which have only been proposed and exclude the type of auction proposed here). The legal explanation for this bold move relies upon a series of UKOK (competition agency) letters which within their context do not even support the decision. What happens if the Polish Government is wrong, which there is every indication is the case? For background, the current system of Green Certificates is certainly state aid (as the Commission has ruled in the case of
Post a Comment
Read more 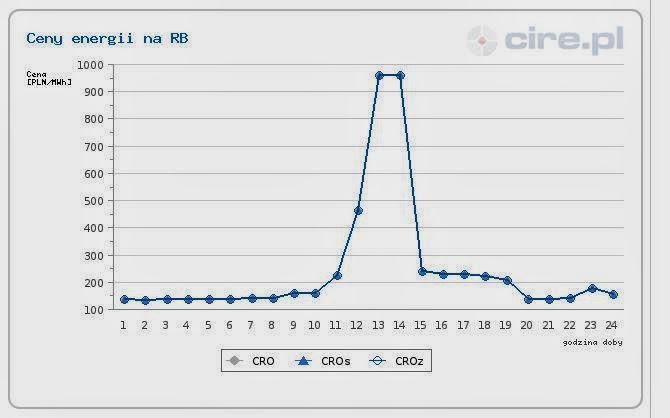 This is the balancing market in Poland this week, July 15th. The peak two hour period in the middle of the day saw electricity prices at nearly 1000 PLN/MWhr. That is over twice the price of renewable energy in Poland even with subsidies included.  It does not take a genius to see the potential of storing the energy on each end of this spectrum and selling it in the middle. The system must have the production capacity to meet the peak at any time, even though it is used only two or three hours a day. Shifting peak hours to off-peak electricity that is stored, if ubiquitous enough, would lower the need for additional capacity and save everyone money as well. The major energy storage issue is quantifying the economic benefits and finding the optimum methodology of distributing the cost of storage to the beneficiaries of storage. This is not an easy thing and is exactly why we need an association to work to pull all the pieces together and build a consensus of the results.
Post a Comment
Read more 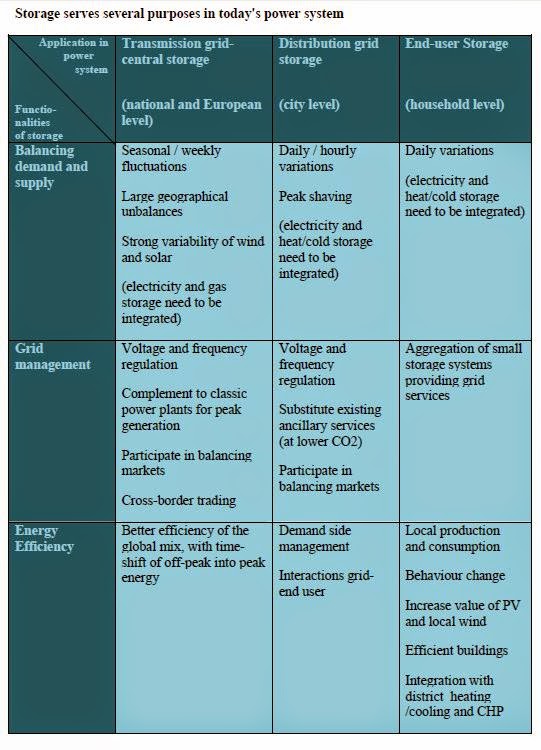 Poland has a unique opportunity to avoid some of the problems now confronting Germany, as intermittent renewable energy sources take over the first slot in meeting demand for electricity. It has been widely reported that as intermittent energy sources play a larger role in the grid supply, more pressure is placed on “ramping up” power to meet demand peaks. Coal plants are notoriously poor at ramping up or simply backing up renewable energy sources, since they require a high utilization rate to remain economically viable. In this regard, Poland is more vulnerable to mismatched supply and demand than many other countries. This has been one of the main concerns of the Polish Government is debating the new law on renewable energy.       Yet the Government’s various versions of the law have never dealt in any fashion with energy storage. The term does not ever appear in the different versions of the law. Energy storage is viewed as vital to bridge the gaps in energy supply. The E
Post a Comment
Read more
More posts