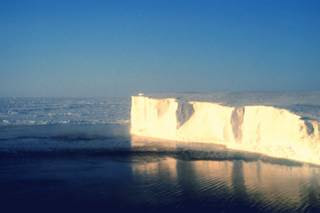 Ice keeps growing in the Antarctic, while temperatures have declined.
1 comment
Read more

A Little Sanity on Global Warming

December 11, 2004
Flucuations in the earth's temperature are a natural feature of our world's history. Some have been generalized , global phenomenon and some have been regional variations. There are a few basic, empirical facts, however, that suggest that the current global warming scare is not scientificially based as much as a political movement. About six thousand boreholes in ice from all over the world have shown that the earth was significantly warmer a thousand years ago: before the invention of the internal combustion engine and fossil-fuel power plants. Broecker, W.S. 2001. Was the Medieval Warm Period global? Science 291 : 1497-1499. In fact, a recent report indicates that the atmosphere is not acting like it is assumed to act in the global warming models. http://arxiv.org/ftp/physics/papers/0407/0407075.pdf. The study looked at satellite and weather balloon data compared to surface temperatures: “ the models generally predict an increased warming rate with height (out
1 comment
Read more

December 11, 2004
The frustrated Democratic pundits have been all over the reasons they lost the election so decisively. It seems that the voters did understand their message and did not like it. But one of the myths that liberals are using is that the uneducated "red-neck" in so-called Red States elected Bush. Actually, among those with a college-education or more, Bush and Kerry were tied at 49% each. The divide in the country cannot be explained by blaming the new Republican majority status on uneducated voters. What has happened that is clear in the voting over the last ten Presidential elections, is that the Democrats are losing ground with white voters and with male voters. Although Republicans are making inroads into the Latino and black vote, Democrats are still losing the white male big time. They continue to do well only among groups who want to depend upon the government for help and who seek to use the government to economically support them. These groups are less and less im
Post a Comment
Read more
November 11, 2004 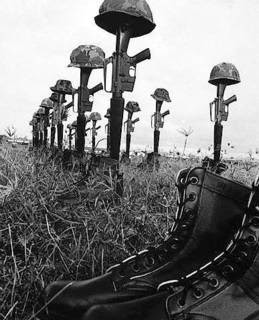 November 06, 2004
THE EXIT POLL SCANDAL OF 2004 Randy M. Mott 1 @All rights reserved. To many voters, watching the coverage of the 2004 election on television or over the Internet, the early mood of the evening would abruptly change as actual results begin to be posted. Many of us saw leaked exit polls that portrayed a nationwide Kerry lead of 3 percent and surprisingly strong initial estimates from virtually all of the background states. When the Bush campaign commented on the results, they expressed their view about their inaccuracy and inconsistency with the Bush campaign’s internal polling and tracking. The early actual vote counts began to dispel the exit polling leaks, but some networks hung on to the exit polling data to delay announcing state projections later in the night. How could scientifically conducted exit polls, presumably sharpened in their methodology since the 2000 debacle [miscalling Florida for Gore] and the 2002 implosion [crash of the computer] be consistently wrong i
1 comment
Read more

Democrats Deluding Themselves in Ohio

November 03, 2004
“Sen. John Kerry's campaign refused to concede early Wednesday, arguing that more than 250,000 provisional and absentee ballots remained to be counted in the key battleground state of Ohio.” CNN, November 3, 2004. I have some thoughts on the Ohio voting that suggest a bit of desperation in the Kerry campaign for holding on to this issue and thereby tying up the election’s finality. 1. The appellate court reversed the Clinton-appointed judge that held that a provisional ballot could be counted even if the voter went to the wrong precinct. To be counted, any provisional ballot in Ohio would have to be cast in the correct precinct that matched the voter’s registration. Ohio Revised Code, Title XXXV, § 3503.06 requires that voters be registered at least thirty days before the election. Ohio law requires U.S. citizenship and no felony convictions as well as residence from the time of registration to the time of voting within the same precinct. 2. The logical presumption is that i
Post a Comment
Read more

October 08, 2004
Senator John "Hanoi" Kerry displayed the lack of direction, purpose and focus that has made him infamous in his recent Colorado press conference. Despite all of the help that the liberal press can muster, his bounce from the first debate has clearly not been enough and is waning. More ominously, his policy alternatives are going up in smoke. First, the French and Germans clarified that no amount of Kerry rhetoric was going to change their policies. Kerry has been forced to admit that foreign governments wil not send troops to replace Americans. That being said, what will he do differently? A simple question that has never been clearly answered. In hindsight, Kerry suggested that he would have allowed sanctions to continue. We know that the Fench, Germans, Russian and Chinese were all pushing to end sanctions. It is not clear that sanctions would have passed Kerry's "global test." This presumes that sanctions were effective or would have been indefinitely
Post a Comment
Read more

An Unfiltered Look at Today's Iraq

October 05, 2004
John "Pierre" Kerry blasted Prime Minister Allawi's speech [am I the only one that thinks he looks likes Tony Soprano?] to Congress as overly optimistic. The AP has just run a gloomy article that reflects the spin from Newsweek and other liberal media sources in the U.S. "There are two Iraqs at the moment; both equally real and consequential. The Iraq of never ending strife - the insurgency, terrorism, crime, and all too slow pace of reconstruction makes for interesting news stories and exciting footage. The Iraq of steady recovery, returning normalcy and a dash of hope rarely does." http://chrenkoff.blogspot.com/2004/09/good-news-from-iraq-part-11_27.html No critic on the current situations discusses any particulars. I have just seen a study of the location of the terrorist attacks by region, for example, that clearly shows a few urban pockets of fighting. The plan to attack these pockets had to await the training of the Iraqi forces to support it. It wa
Post a Comment
Read more

September 15, 2004
"If my forgeries looked as bad as the CBS documents, it would have been "Catch Me In Two Days". Frank Abagnale, http:// The Ranting Raven The DNC seems undeterred from pursuing the subject of Bush's Texas Air National Guard service. The liberal press keeps repeating that there are "unanswered" questions, ignoring the answers. This is a non-issue as explained clearly by Byron York, "Bush’s National Guard years Before you fall for Dems’ spin, here are the facts," The Hill I was commissioned in 1973 as an Infantry 2Lt and was also told to go home and wait in the Inactive Reserve. In that period, there were more regular Army officers than slots and the Reserve types like the President and I (and John Kerry) were ordered inactive because there were no slots for us. I am at a loss to see how Bush's asking to go to Alabama to work on a campaign and be excused from flying is any more news than Kerry's request to get out early t
1 comment
Read more

September 14, 2004
I call modern liberalism "existential politics." It relies entirely on the intent of the person: "I am against poverty," or "I am in favor of a clean environment" - therefore I am okay. There is virtually no concern for the consequences of the policies, only that their intent reflects well on the "wisher." A modern example is the Clean Skies proposal. Existing fossil-fueled power plants only had to meet tougher air pollution numbers if they substantially modified their operations. In that case, they would have to meet the same numbers as new plants. Dozens have not modernized to avoid the tougher standards. Bush's EPA proposed to allow a more lenient standard for modernized existing plants, not new plants. This was decried as "allowing more pollution" – never mind that the existing plants would not be modernized and would still be emitting more since their modernization pulled the new source trigger. Protectionism is another g
Post a Comment
Read more

September 14, 2004
A lot of commentators are characterizing CBS as careless or engaged in wishful thinking for its acceptance of the forged Texas Air National Guard documents. I think that they were so partisan that they had reason to know the documents were bogus, but figured it would pass muster if they kept their heads up and had a plausible story. For one, the interview with General Bobby Hodges done over the telephone apparently misled him into thinking that they were reading from a hand-written document. Why would they do that? Next, their "expert," Marcel Matley, was only an expert on hand-writing and he was shown photo-copies (not originals) which could easily have included real, but pasted in signatures. Matley himself wrote in an article before this incident that authentication of signatures on photocopies in problematic. Are we to believe that CBS did not know this when he was shown the document? Third, the Robert Strong "witness" statement added nothing, but allowed th
1 comment
Read more

September 14, 2004
There is alot of talk about the new season of big hurricanes as somehow evidence of global warming. Everything that I have seen contradicts this assumption. Free et al (2004) tried this hypothesis, expecting to find a correlation. This effort, however, yielded "no significant trend in potential intensity from 1980 to 1995 and no consistent trend from 1975 to 1995." What is more, they report that between 1975 and 1980, "while SSTs [sea surface temperatures] rose, PI [hurricane potential intensity] decreased, illustrating the hazards of predicting changes in hurricane intensity from projected SST changes alone." Balling and Cerveny (2003)could find no associations between timing and duration of the hurricane season and geographic position of storms and either local, hemispheric or global temperature using a database of all tropical storms that occurred within the Caribbean Sea, the Gulf of Mexico and the western North Atlantic Ocean over the period 1950-2002. Landsea
1 comment
Read more