Showing posts from March, 2014
Show all

Maybe the Polish policy-makers thought that a renewable energy law had to keep being renewed?    More delays have emerged in March as the "legal commission" made its changes and now the local government organizations and the environmental committee weigh in. The biggest external source of pressure for changes is undoubtedly the European Commission, on two fronts - the DG Competition that determines what state aid will not distort competition (which has not been an unintended consequence in Poland but part of the design of the law) and the DG Energy that determines if the law meets the transposition requirements of the Renewable Energy Directive.    The delays seem to be inevitable, since major interests were locked out of the deliberations and the successive drafts were all prepared in secret and largely ignored the consultation period inputs. Several political miscalculations have also been in play, i.e. the ruling coalition assuming hat green energy is unpopular in
1 comment
Read more

Changing the Way Laws Are Made: How the Polish Parliament Gave me an Ulcer 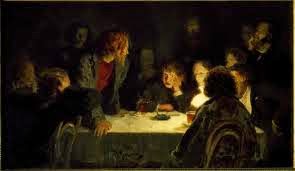 Mark Twain observed that people who love sausage and respect the law have never seen either being made. A remark which seems to apply with enormous validity to the Polish legislative process.    While I have followed some legislation here in the past, I have been buried in the new renewable energy law deliberations, obfuscations, and incoherence for over two years. As part of the renewable energy sector and a lawyer by training, I have been wrapped up in the technical details, the policy scheme, and the impact of it all on our sector. But I also have to comment on the process itself, which is about as dysfunctional as a democracy can be. It is a chilling thought to realize that the people of Poland have entrusted their future and their children's to such a flawed and corrupt process.    The most striking comparison to what I observed and often participated in while a lawyer in Washington DC for twenty five years, is the secrecy employed here. Taking their lessons from the
Post a Comment
Read more

Almost nine years after starting to provide state support for renewable energy, the Polish Government late last week finally started considering the European Commission's rules on state aid and unfair competition. The committee set to act on the proposed new Renewable Energy Law decided to send the bill back for more work. Apparently the Commission's enforcement action on co-firing and support for old hydro projects got some people to finally talk to lawyers! There is still a public veneer of confidence that everything is fine, but it obviously is not fine. The bill needs to be redone to meet EU legal requirements, ignored until now. See Polish Biogas Association letter to the Office of Competition. I have advocated doing two bills to address these problems: the first modified the Green Certificate program and levelizes the support to meet all EC requirements. It excludes aid to old hydro and co-firing. The second bill adds whatever aid to co-firing that the Polish Governme
Post a Comment
Read more
More posts