Showing posts from July, 2009
Show all

It is a long way to November 2010. However, the trends lines are starting to get pretty well-defined. Here are some facts that should cheer up Republicans: 1. In mid-year elections, the White House incumbent party almost always loses seats in Congress; 2. Polling in elections where the candidates have been identified for 2009-2010 show Republicans leading in places that traditionally have been held by Democrats (New Jersey and Connecticut() or battlegrounds (Virginia); 3. The generic ballot (what party will you vote for in Congress) has shifted dramatically in favor of Republicans: Rasmussen reports 42% GOP to 39% Dem on July 28, 2009. This is a 3 point GOP lead and has shifted from a seven point GOP deficit in January 2009; 4. The generic ballot always has overstated the Democratic side in recent years. This may be the registered voters vs. likely voters effect, but it should scare Democrats. In 1994, when the GOP retook Congress in a dramatic election landslide, the generic b
Post a Comment
Read more

Obama's Invitation to Consider His Views on Race 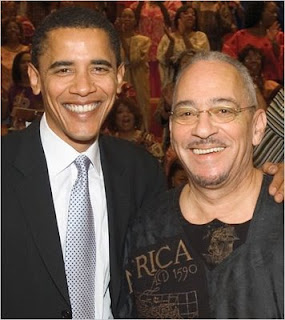 Inexplicably the media and the GOP in the 2008 election eventually gave Barrack Obama a pass on his personal history of association with radicals, including race-baiter Reverend Wright . The GOP candidate urged Republicans not to run the videos and use the quotes. All of this despite that fact that this racist Wright character was Obama's minister for 20 years, married the Obamas, that Michelle stated she and the daughters never missed a Sunday service, and that Obama wrote in his book that he took tapes of Wright's sermons to college to study them. Obama even described Wright as his "spiritual advisor" and had him on the campaign in an official capacity before someone figured out who he was. Now after his apparently premeditated support for Professor Henry Lewis Gates, President Obama has opened up the issue again in my opinion. All of the evidence now slowly emerging indicates that Professor Gates was an arrogant jerk who himself made racist remarks about
Post a Comment
Read more

July 21, 2009
As I have noted here in several posts over the past two years, Americans are fundamentally conservative, especially the likely voters. Liberalism - except for a few urban pockets - is largely in hiding. Obama hid his agenda in talk of a new era of non-partisanship. Sotomayer hid her judicial liberalism by parroting all the things that conservatives wanted to hear. Liberals are no longer safe to walk the streets as liberals, but often use a code word - "progressive." The economic crisis has been, in the White House's words, "too good a crisis to waste." Rather than try to sell their liberal policies on their merits, the Left has use every subterfuge it can grab. The "stimulus" was to save jobs, while it was designed to throw money at Democratic special interest groups, a classic "trickle-down" strategy that has never worked to create jobs. See Mott's Blog, " INCREASING GOVERNMENT SPENDING ON INFRASTRUCTURE WILL NOT FIX THE ECONOMY,&q
Post a Comment
Read more 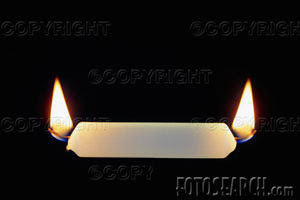 Can the White House double the national debt in less than a year, while making meaningless comments about the need for fiscal discipline? Yes, we can............... Can we quadruple the annual federal budget deficit after criticizing the previous Administration for running a budget deficit? Yes, we can......... Can we increase the federal budget that goes just to pay the interest due on government indebtedness from a third of all revenue to half of all revenue? Yes, we can..... Can we do all of this with no clear plan for how this spending will help the economy? Yes, we can.... Can we use the coercive power of government to force spending on projects that benefit our special interest group friends, political cronies, relatives, and those that we promised to give handouts to in exchange for their votes? Yes, we can.... Can we claim that this massive increase in spending and borrowing will create a net number of jobs, despite all the studies that have shown this has never happen
Post a Comment
Read more
More posts