Showing posts from December, 2009
Show all

Democrats like dogs trying to walk on their hind legs? 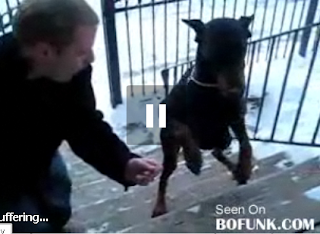 Why are the Democrats trying to pass a healthcare bill that meets none of the announced objectives of the White House,  that is opposed by an angry majority of likely voters, that will likely cost them control of the House and maybe even the Senate, and that the country manifestly cannot afford? One is reminded of Dr. Johnson's famous statement about dogs who walk on their hind legs: "One wonders not so much how they do it as why their bother?" Of course, Democrats bother with this leftist drivel because they have convinced themselves that this is the only moment in years where it may be possible. They selectively look at the polls, normally the ones that are of "adults" and heavily tilted toward Democratic Party weighting (using data now quite obsolete and meaningless). Democratic Members of Congress who are in tough districts and states, no doubt, are more nervous. Maybe their aides are telling them that there is time for voters to forget by November 2010.
Post a Comment
Read more

Why did the CRU try to mask the temperature data?

December 07, 2009
The fraility of the anthropomorphic climate change theory is illustrated by the very exercise the East Anglia alarmists tried to pull off. Lacking any historical data that shows temperature changes have been caused by elevated greenhouse gas levels, the alarmists are struck with trying to make a weak hypothesis stick: that the warming trend in the last hundred years cannot be explained by other factors, so it must be greenhouse gases. This hypothesis is about as weak as it gets in science. We do not understand the climate variables well enough to reconstruct past climate changes, let alone explain what is happening now. Several cyclic trends in climate occur with reularity over geological time. These are also affected in major ways by solar cycles, including the notoriously weak solar cycle 24 that we are now experiencing. Various "feed backs" among the many factors involved confound simple linear models. Lacking any direct evidence that greenhouse gas levels cause any cl
Post a Comment
Read more

Why did it take years for Climategate to get press?

December 01, 2009
The biggest question for those of us who have been vocal skeptics of the UN process and recommendations is why did it take so many years for anyone in the "legacy press" to pick up on how things worked? We have seen for years that the governments and foundations that control the research have deliberately sought out alarmist research. For example, glacier studies are typically done on the glaciers that are retreating and not the ones that are advancing (about equal in number); studies on the seasonal ice areas on the poles, ignoring the increased net ice mass in Antarctica for example. There has been a massive thumb on the scales in the academic world that has preordained what the outcome of research was supposed to be. "Researchers pound the global-warming drum because they know there is politics and, therefore, money behind it. . . I've been critical of global warming and am persona non grata," Dr. William Gray , Professor of Atmospheric Sciences at Colorad
Post a Comment
Read more
More posts