Showing posts from April, 2008
Show all

Being Eaten by the Duck of Political Correctness 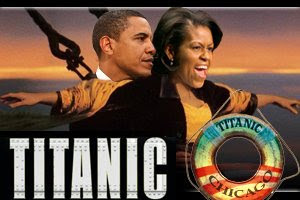 The Democratic Party consists of the old FDR coalition and the modern special issues groups on abortion, gay rights, antiwar (whatever one is pending), and other one-issue causes. The core constituencies have always been union workers, the elderly, minorities and urban so-called "elites." In recent times there has been a void as to a common issue or theme across these groups, accept for design of retaining or regaining power. Image from Rush Limbaugh (April 24, 2008). This election cycle has witnessed the unveiling of the fissures in the old FDR coalition. One group seems to have lost a place at the table altogether, the Democratic pro-free trade internationalist. Strong national defense advocates were quietly shuffled out the door over the last thirty years. Those that remain have lea
Post a Comment
Read more

Someone tell the non-urban temperature stations that it is warmer...they don't know it. 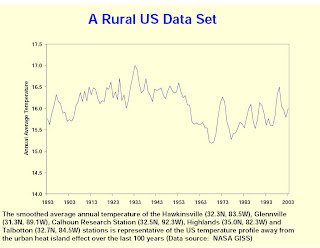 It is widely known by climatologists and ignored by the media that many of the surface temperature stations are now "corrupted" by being locatedin areas affected by "urban heat islands." The systems try to adjust for this and other effects, but it is a subjective exercise in the end. The objective measure would be to just lookat rural temperatures and if there was major warming, they would show it? Right? They don't...... Randy Mott
Post a Comment
Read more

OBAMA DROPS ANOTHER “NOT READY FOR PRIME TIME” BOMB ON HIMSELF 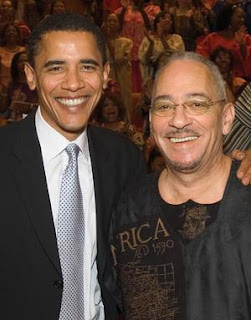 Before one of those famous Democratic fat cat private fund-raisers, when he was free to be myself (or so he thought), Barrack Obama continued to display why the major parties in normal elections don’t let a novice get this close to the Presidential nomination. In a pitched battle for blue collar, small town voters in Pennsylvania, Obama explained his take on the situation: "And it's not surprising, then, they get bitter, they cling to guns or religion or antipathy to people who aren't like them or anti-immigrant sentiment or anti-trade sentiment as a way to explain their frustrations." Reminiscent of his "typical white person" comment, these remarks illustrate the basic "disconnect" between the Obama campaign pitch and his real self. Attributing people who hold these views as solely the product of economic problems is a standard liberal line. That Obama would say so is no surprise, as is his refusal to recant the thrust of the remark. The amaz
Post a Comment
Read more

April 01, 2008
While Barrack Obama went to Washington as a Senator, his wife and two daughters stayed in Chicago. Accordingly to the "fluffy" biographically piece on Michelle Obama, she claims to have attended Trinity Church "every Sunday": "After Barack was elected to the U.S. Senate, Barack and Michelle choose to keep their children in Chicago, where Michelle continued her career as well. "We made a good decision to stay in Chicago so that has kept our family stable," Michelle Obama told the Chicago Tribune. Every Sunday the family attends services at the Trinity United Church of Christ." http://www.squidoo.com/michelle-obama-pictures-biography While he may claim, incredibly so, that he never heard this stuff (Obama ver. 3.02), the facts seem to show that he is misrepresenting things at best: 1. His family attended and clearly if Wright's rant were shocking to them, he would have known. He also subjected his daughters to this racist nonsense. A healer
Post a Comment
Read more
More posts