Why travel restrictions and social distancing are important: the Long Game in the Wuhan virus Battle

March 14, 2020
I don't think that there is very wide understanding of what the travel restrictions and social distancing actually do to help the Wuhan virus crisis. The key to the battle is to halt the exponential growth of the infected population. That allows the natural process of the virus to run its course, but significantly provides the opportunity to treat the affected population within the limits of the healthcare infrastructure.

As the virus dies off in the affected population, it is then not reproduced in people newly infected due to the isolation.
During this period, we will devise better treatment approaches and a vaccine.
If the virus grows in the population unchecked, the healthcare system is over-whelmed and ultimate control is more complicated and costly in the form of more people adversely affected or killed.
Travel restrictions start having an effect after about 12 days based on the Chinese experience: the incubation period. Another another couple of weeks, those already infected will no longer be contagious. 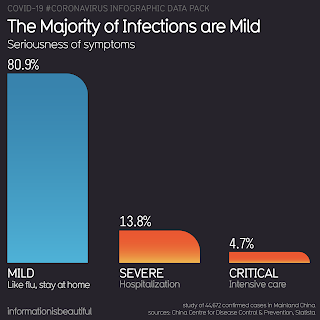 The problem will persist in jurisdictions that do not isolate and contain the infected population. So gradually, governments are accepting the short-term political consequences of the isolation strategy and starting to implement it. The later this happens (like in Western Europe) the more people will suffer. 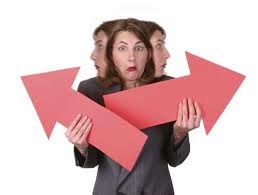 At some point, facts matter. In the end, reality has a way of asserting itself. Senator Everett Dirksen (for whom a US Senate office building is now named) was asked on one election night to comment on his early lead in the voting. He told the story of two Irishmen working on a fifteen story building. O'Malley falls off the top floor and his colleague O'Reilly starts running down the stairwell to try to help him. O'Reilly sticks his head out and yells to O'Malley, "how is it going?" O'Malley says "so far, so good...." as his sails to the ground below.     Many political myths employed by politicians in Poland on national energy policy are about to hit the ground as well . Because the Economic Summit is in Katowice this week, we will hear all about the importance of coal to Poland. An historical fact, for sure. But a ever-diminishing premise at this point. Less Polish coal is mined every year. Polish coal costs more to mine and is of po
Read more 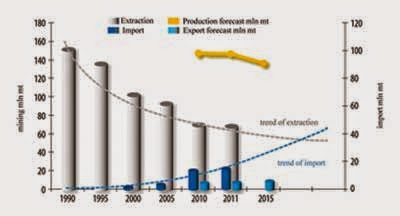 Poland produces less and less coal every year and imports more and more. The dominant importer is Russia, The costs of production in Poland, which still has old communist modeled mining companies, is going off the chart.  From the January 2014 Coal Age magazine : Despite all attempts by the government to stop it, production levels have been falling steadily since 1989. Today, Polish coal operators produce 60 million mtpy of brown coal and 70 million mtpy of black coal. The coal industry failed to adapt to capitalism. During socialism, the state usually paid for coal at a much higher price than it actually costs to produce. However, those days are gone and today experts agree that Polish coal miners will be unable to escape this cycle. The problem is that coal seams in Poland are too deep to mine cost effectively. By 2030, there will be no more than 10 to 15 working mines in Poland, and production of black coal will drop to 33 million mtpy. Representatives of the Ministr
Read more 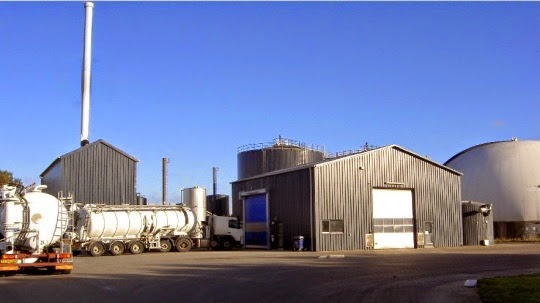 The new European Commission Guidelines on State Aid for Renewable Energy , adopted on April 9, 2014, are quite controversial in the RES industry and even elsewhere in Brussels. Many believe that the shift to "competitive mechanisms" in RES support will mean that the targets for 2020 will become impossible to achieve. Remember that the targets were set by the European Parliament for renewable energy and the guidelines are simply an expression of policy by one Directorate of the European Commission. It is possible that the lobbying in Brussels will push changes in the guidelines' most objectionable features, including an unrealistically low ceiling for small project exemptions from auctions. However, the first nine years of Polish RES support under an unnotified Green Certificate system will be evaluated under the rules existing at the time, not the new guidelines. This spells continued major problems for the Polish Government.    Several parts of the new guidelines
Read more